Visit to the Houses of Parliament

This morning we got on the Santander Bikes and headed to the bicycle racks nearest to Big Ben. We had tickets for the Houses of Parliament, and they said that we had to get there 20 minutes before our timed entry. This was absolutely not necessary and we stood around for 19 of those minutes before we got inside. However, they did corral us in to the Press Pen, which they said that they use to keep the news reporters in one place while the MPs go in and out of the building. 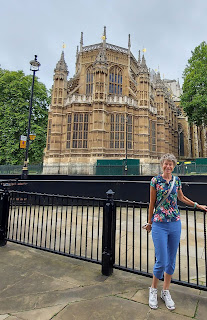 It did have a nice view of the back of Westminster Abbey which we are hoping to visit very soon. 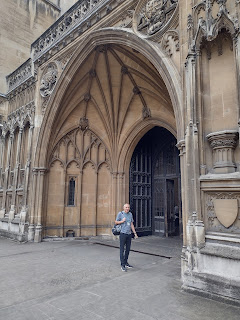 Darren is just about to enter Westminster Hall which is the oldest part of the building and was built in 1097 by William 11. 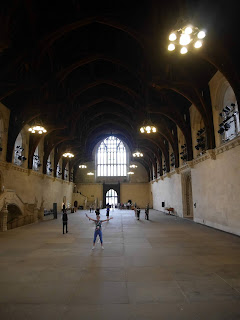 This is one of the few places where we were allowed to take photos. The rest of the building was really interesting, very grand in places, and exactly like all of the pictures that we have seen on TV, but both the House of and the House of Lords are much more compact than expected.

We stood in all of the obvious places, next to where Boris Johnson sits each week for Prime Minister's Questions, in front of where the Queen sits for the opening of parliament, we walked in the footsteps of Black Rod, etc, etc.

Next we walked to Hyde Park,passing in front of Buckingham Palace just as the horses from the Household Cavalry made their way back to their barracks. 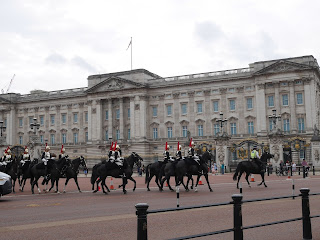 We arrived at The Mound, which is a temporary feature next to Marble Arch. It is a mound made of scaffolding, covered by plants and trees, although some sections are surprisingly bare. There are supposed to be views across London, but unfortunately that isn't true, mainly due to them being hidden behind the trees in Hyde Park. 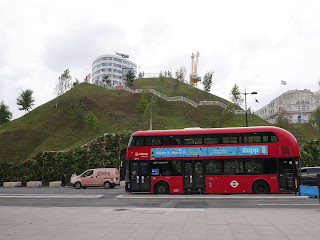 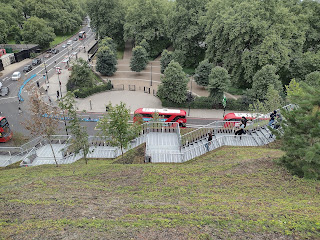 We stayed at the top and the most interesting thing was that Simon Calder, the travel correspondent for the BBC was there speaking very loudly into his phone. Listening in for a while it seems that he wasn't very happy to be there either.

Lunchtime arrived and we walked to Mayfair, partly because it is the most expensive property in Monopoly, but also because we wanted to eat at the Mayfair Mercato inside a converted church. 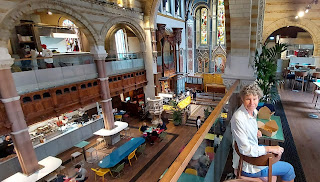 There was a lot of little stalls all around the edge of the building and we had quite a nice pad Thai.

Off to the theatre tonight to see Singin' in the rain.