I have worked out that Morocco is a large country and the cities are very far apart,so we spend a lot of time getting from place to place. The countryside in between is often very beautiful, but it can last for a bit too long at times. 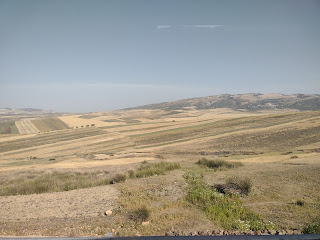 Today's highlight was a town on the way called Chefchaouen. In the olden days the women of the town used to paint it blue as in the winter they were troubled by mosquitoes, and if they painted the buildings blue then the mosquitoes thought it was water and stayed away. Apparently.

Anyway, it makes for a lovely place and lots of photos. 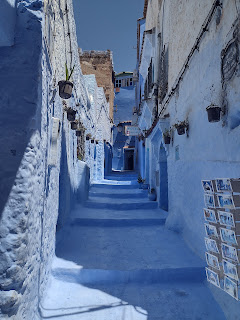 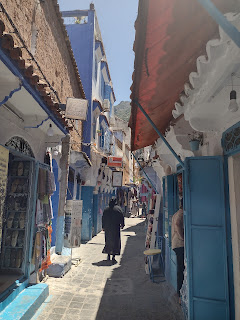 Lots of other men dress this way too, but usually in white and they are much smaller than him, so our guide looks like the grim reaper. 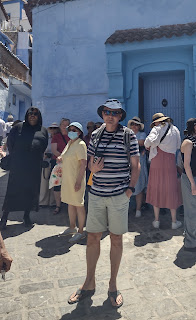 Watch out Darren, he's just behind you.
Our hotel in Fez is great and we had a rooftop dinner with Morrocan Champagne, as the waiters called it, or sparkling water as that was what it was.