The middle of our very long and thin garden was a bit dull, and this is how it looked in April. In the last week I have started to work on it, and yesterday I had the idea of digging down to make a gravel garden. 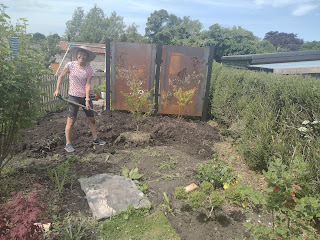 Within a couple of hours I had a good sized hole and I banked the soil up all around the edges. Part of the plan was that because all of my plants are quite small, then I thought that if we sat below them and looked up then they would all seem bigger. 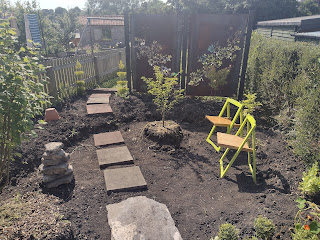 Then I looked online for something to edge the sides and found someone selling almost 200 reclaimed for £50. This seemed a really good deal so I set off to pick them up. Once I got there I realised how big and heavy 200 old bricks were. In fact, they were probably twice the weight of the bricks that we used to build our house.

Not to be deterred I started loading them into bags for life and storing them in the footwells and front seat, and then stacked all of the remainder in the boot. Eventually it was done and the car seemed very heavy as I made my way back.

Darren unloaded them for me, and after a suitable rest I started setting them up. 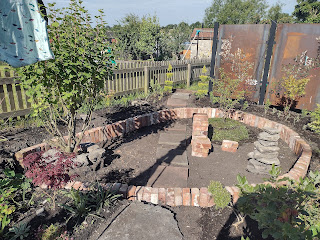 In the end it took 138 bricks, and I have 56 left to build something else, so that's great.

Darren has ordered some gravel and stepping stones that are due in a couple of weeks, but in the meantime I am expecting the plants and weeds to start growing. 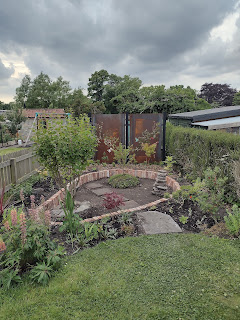 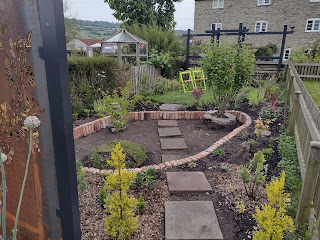