Our hotel in Casablanca was right next to a huge mosque, and we were keen to get a closer look. 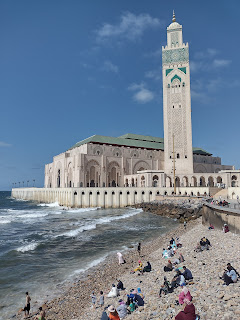 It was on a platform over the sea and all around people were having a great time on the beach and jumping in to the sea. There was a lovely promenade in both directions and we had a nice walk along it.

After dinner we went back to see the sunset behind such a beautiful building. 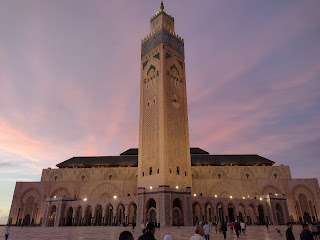 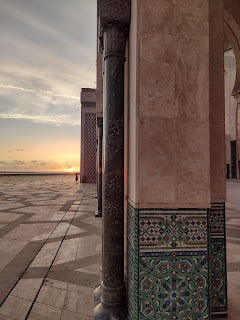 This morning our guide told us that it was the third largest mosque in the world, but although definitely enormous, Wikipedia said it came in at about 10th. Not that it matters.

Our tour group has been joined today by 30 Canadians, and they are very friendly, but it's a big group.

Looking back on today, all that I can think is that it was very long, lots of driving and looking out of the coach window. However, we did also see some good stuff.

Rabat is the capital city and is up the coast from Casablanca. It was supposed to have an identical mosque tower to the one in Marrakech but the king died before it was was finished, his heirs didn't finish it either, and then it was badly damaged in an earthquake in the 1700's. It's been repaired recently and looking very nice. 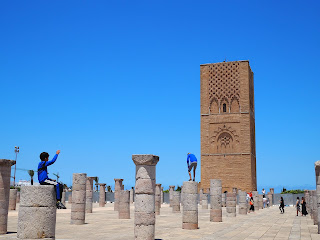 Lovely beaches with a large and very scenic cemetery just behind them. 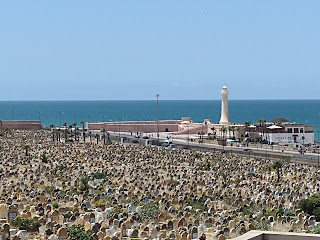 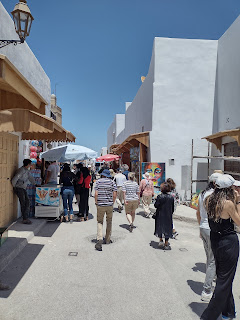 Then we carried on up the coast for a very long time, but a genuine highlight for me happened at the motorway service station. Everywhere we looked there was storks nest on the top of electricity pylons.

Finally, it was getting quite late by then but our guide insisted on taking us the very long route to Tangier so that we could see the meeting of the Atlantic and Mediterranean seas. I did try, but it all looked like water to me. 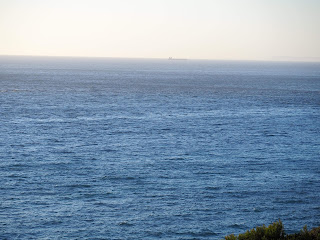 Ps, now that I look really closely at this photo, maybe near the horizon the water is a different colour. Amazing!!!