Another day, another long drive, but this is the last one of the holiday.

First stop was a kasbah about a mile from our hotel called the Kasbah of Taourirt. It was built by Pacha Glaoui, who was the most powerful governor in the Atlas Mountains. 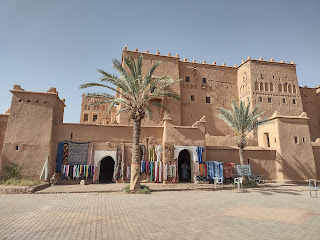 It has recently been restored using all of the old traditional methods, and once inside the labyrinth of rooms within rooms, it was surprisingly cool despite the almost 40 degrees heat outside. We were only commenting to each other yesterday that we hadn't been to a carpet shop yet, but then our next stop was suddenly obvious. We weren't tempted but they did good business with our fellow travellers. 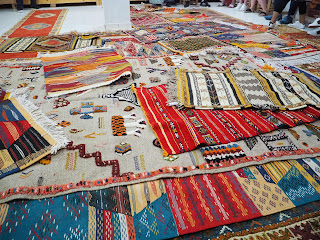 Then on to the Kasbah of Ait Benhaddou. This is considered one of the most beautiful sites in the country and has been used in many films. Probably the most famous was Gladiator with Russell Crowe and I really must watch it when we get home. 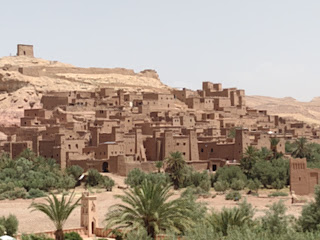 I think that this gate was also used in the film, although I would be surprised if they managed such a dramatic shot as this. 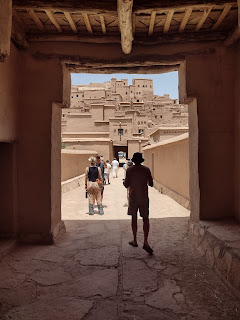 Then we drove over the High Atlas Mountains and down to Marrakech. After an overnight stay in the best suite in the hotel (!!), we are now at the airport for our flight home, and I have given our last dirhams to this excellent busker. 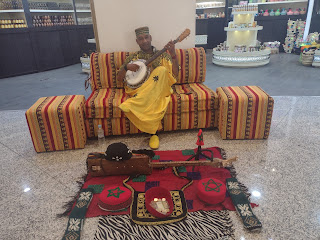