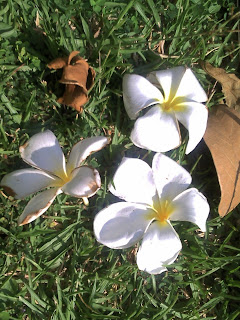 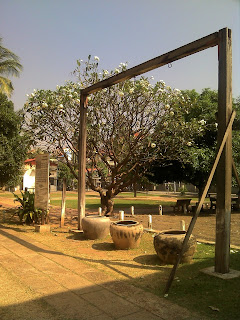 The rumdul is the national flower of Cambodia and this may be an example of it. It grows in to a large tree with fragrant white flowers which blow off in the breeze.
These photos were taken at the Tuol Sleng Genocide Museum where over 17,000 people were tortured and killed between 1975 and 1979. Only 14 people came out alive and only two survive today and we met both of them.
The picture of the tree has a gallows in front of it where people were hung by their feet and when they blacked out they were dipped head first in water filled with stinging creatures in the jars beneath to wake them up.