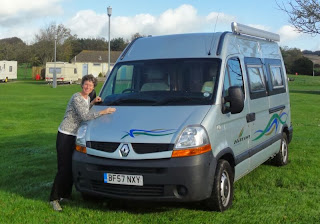 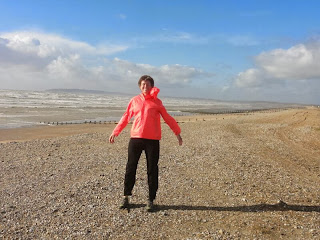 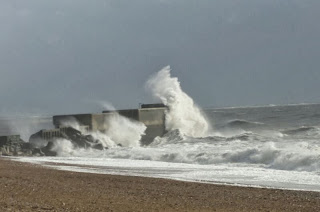 I followed the weather forecast with interest and trepidation yesterday, due to the potential imminent arrival of St Jude's storm.
It was quite calm in the evening but I woke at 1.05am to buffeting wind and heavy rain hammering on the van. The storm had started!
As Vicky said rather wittily (and unfortunately accurately) yesterday, we would be sleeping in a 'tin can', so of course it would be noisy.
By 5am the wind was still screeching and the van was rocking about - far worse than our cruise ship last week.
It was dark outside so we couldn't see much, but we put the telly on just after six to hear that it would get worse for the next two hours and then we would be done.
Once it had all calmed down, I got out to give the tin can - sorry 'van', a cuddle to say well done.
We then left the campsite and drove past Camber Sands where it was still pretty breezy, to our campsite at Hythe ready to set up for the night. Unfortunately, they had no electricity and had no idea when it would be back on, so we drove inland to Maidstone where all is as it should be.
Hopefully back to normality tomorrow.