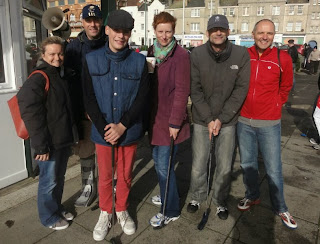 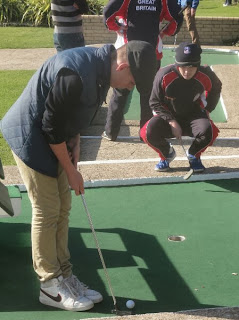 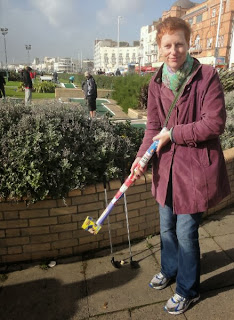 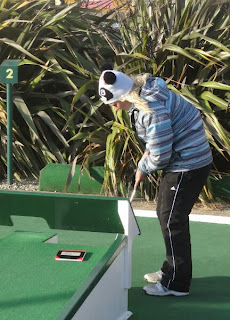 Supported four British competitors in the fiercely fought World Crazy Golf championships on Hastings seafront this weekend.
Of our group the highest finisher was Chris, who ended the weekend with a creditable 44 over par in 38th place. In 47th place was his dad, Charlie, Tim finished 59th, and his mum Hazel (Chris's that is not Tim's) ended in a well fought 61st,  coincidentally at 61 over par.
It was blowing a gale which played havoc with the golf balls, and my hairdo, neither of which would stay in the right places. Horizontal rain also featured in two of Hazel's rounds, but she kept on smiling.
The worthy winner was a lady (hurrah) from the Czech Republic who finished on two under par. A Brit was second and 21 shots behind, with a Finn in third. Congratulations to Olivia Prokapova (see pic 4 in the woolly panda hat).