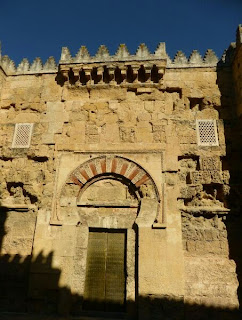 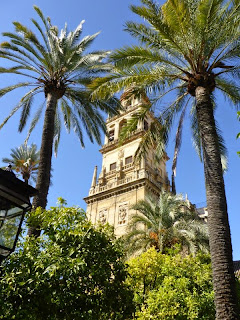 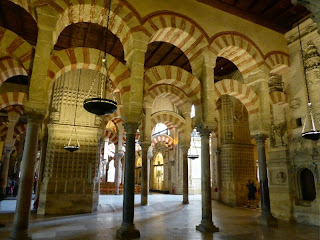 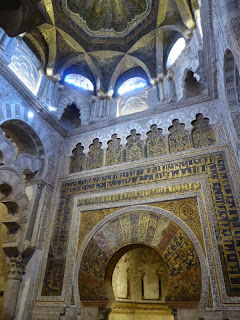 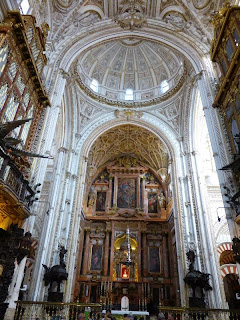 This place is so enormous, and the history so complicated that I hardly know where to begin.
It is also impossible to view the exterior of the building without a helicopter - which obviously we didn't have!
Basically, many hundreds of years ago the site was originally a church, then in around the year 750 local Muslims purchased half of the church for Friday prayers. Over time it was expanded into a gigantic mosque complex with room for over 40,000 worshippers.
A few hundred years later it became a Catholic church again, and in the centre is a high altar that took over 250 years to complete.
This is very tiny and inaccurate history of the Mezquita - please don't sue me as we weren't given a guidebook. We had to pay extra for audio guides so we shared one between us, not always successfully, so some facts might have gone astray.
However, it is an unbelievably overwhelming and peaceful place, so visit if you can.
Ps, just to try and make it a bit clearer, pic 1 shows one of the many ancient doors,  pic 2 is the tower used for the call to prayer, and all of the three internal photos are taken in different areas of the same open plan building.