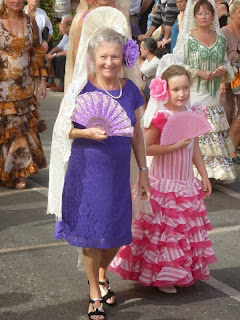 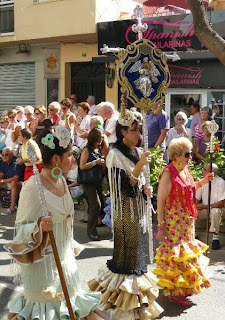 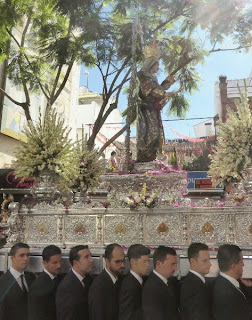 We caught the bus into Fuengirola and were amazed to find that we had arrived in time for a Fiesta.
We know nothing about it, apart from that it was a religious ceremony and the whole town was packed with local people in traditional costumes.
The square in front of the church was the scene of a solomn ceremony, and then there was a parade through the town.
There was lots of brass bands and ladies with fans and carrying icons. The highlight of the parade was an enormous Madonna that was carried on the shoulders of about 100 local men.
We watched the parade then joined Darren's mum and dad who had headed to a bar by the sea for cocktails.