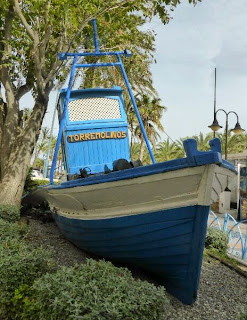 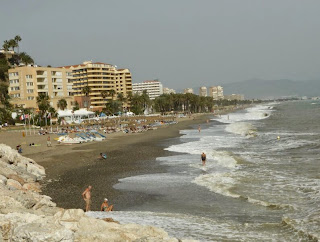 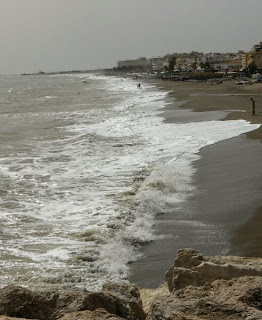 The family all went home yesterday, and after dropping them at the airport we headed to Torremelinos.
The owner of the campsite was very abrupt when we arrived mid afternoon. The door was shut, but next to it was a little bell that I rang. He appeared after a couple of minutes, let us in and said to me to come back later and tell him which pitch number we had camped in.
I went back after a few minutes and was surprised to find the office shut again, so once more I rang the bell. This time he arrived more quickly, muttered darkly in Spanish and was definitely very abrupt as I let him know that from an almost deserted campsite we had chosen number 29.
It was only later that I remembered that strange habit that is very popular out here - siesta.
We awoke from our overnight sleep this morning refreshed and ready for an outing.
I had wanted to go to Malaga but read that the Picasso museum was closed on Mondays, so instead we walked to a Botanic Garden up in the hills behind the town. Big surprise, it was closed on Mondays too - why hadn't I thought to check that?
Not too dismayed, we walked to the furthest beach in Torremelinos and then wandered back to the centre where we were going to have lunch. We had seen it yesterday with the family and it was called ' Chickenland'. We passed lots of lovely looking places, but we knew what we wanted, but when we got there - surprise again, it was closed too.
What is this Monday closing thing?
Better luck tomorrow.