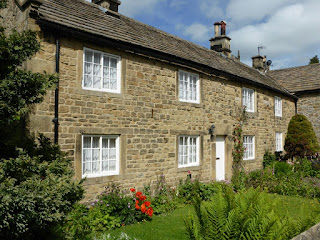 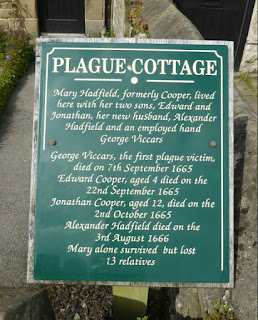 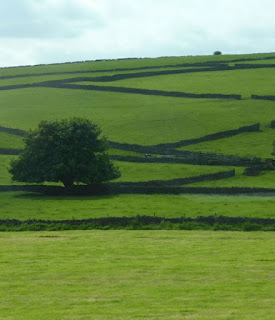 We are back in England now and travelling in the campervan through the Derbyshire Peak District to see some friends who live near Manchester.
We stopped off at the village of Eyam, as I had heard a little bit about it. However, it was far more interesting than I expected, so briefly, here goes:-
Exactly 350 years ago London was in the grip of the bubonic plague and a horse and trap carrying clothing was sent to Eyam.
It turned out that it was infested with fleas carrying the plague and George Viccars, the unfortunate person who opened the parcel was the first one to die.
It spread incredibly rapidly through the village, killing off whole families. The local vicar persuaded the villagers to stay cut off from the world in order to stop the plague spreading throughout the county, and over the next 14 months 260 out of a population of 700 died.
They had no idea how the disease was spreading and it must have been terrifying waiting to see who would fall ill next.
It was very heroic of the village to halt the spread of the plague, and 350 years later the community are incredibly proud of their ancestors.
We walked through the village and saw the cottages where the people lived, looked around the museum and saw the plaques that explained what happened to each household.
Very interesting place, friendly people and tasty cakes at the cafe.