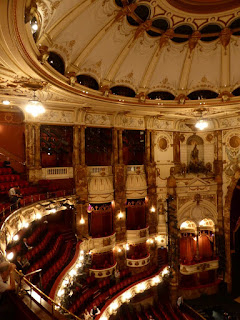 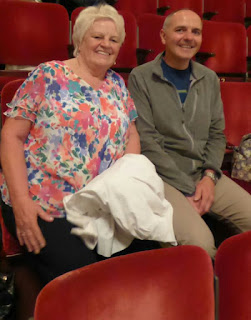 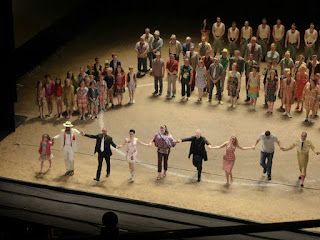 We had a great time in Seville last year, and particularly enjoyed a trip around the famous cigar factory. It was the inspiration for the opera called Carmen by Bizet, and we were keen to see it.
My first surprise was that although Seville is in Spain, the opera was written in French.
I found out that it was being performed in London tonight so booked tickets a couple of months ago, mainly to give us time to acquaint ourselves with the story.
Basically, Carmen was a gipsy girl who rolled cigars in the factory during the day, and broke hearts by night. She fell in love with a soldier, was responsible for him being sent to prison, then left him for a bullfighter. I won't spoil the ending but it is very dramatic.
Darren downloaded the soundtrack, and a teaching tape that explained the story and roughly what happened during each song.
We were really dedicated and listened to the music for almost all of the 38 hours that it took to drive from Spain back to England.
Two songs in particular are fantastic,
Habanera by Carmen and Toreador by the bullfighter, but we enjoyed loads of the other songs and by the time we reached Calais we could hum and screech along to most of it.
Unfortunately, we couldn't understand the singing in French, but in a great twist for us tonight, not only was it sung in English, but there was subtitles to help us too.
It was a modern interpretation so Carmen didn't seem to work at the cigar factory, the soldiers drove around in cars and the gypsies took selfies, but I suppose everything has to move with the times.
Great performance, and Darren's mum enjoyed it too.