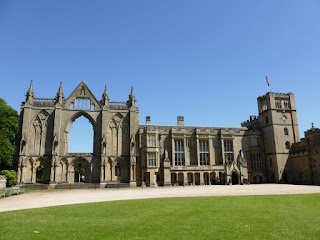 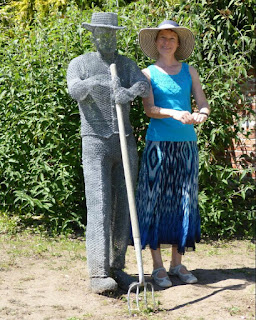 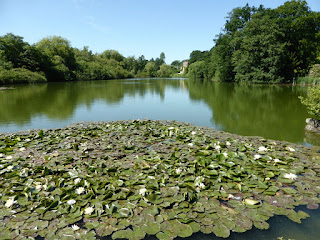 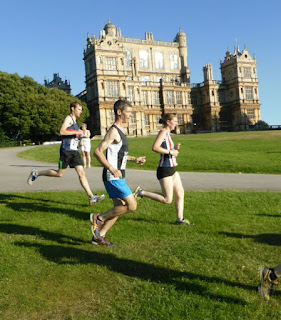 We caught the tram to the end of the line today, and then walked up to Newstead Abbey. The sun beat down gloriously on our hats as we took a long route along footpaths and through dappled woods.
We were flagging a bit by the time we arrived but it was worth the effort as the whole place was beautiful.
I sure that it has changed over time, but for three hundred years it was the home of Lord Byron and his family.  On a day like today you could imagine him wandering around the lake composing poetry, with his faithful dog by his side.
His dog, called Boatswain is buried in the grounds, but I only found that out when my mum told me about it tonight.
Tonight was also good as we went to watch my brother in law, Mark, compete in a five kilometres race around Wollaton Park - another amazing Notts landmark.
And finally, in a very disturbing oversight, I failed to mention the heroic efforts of Mark and Elaine last Sunday morning when they successfully completed their second triathlon in the last month.