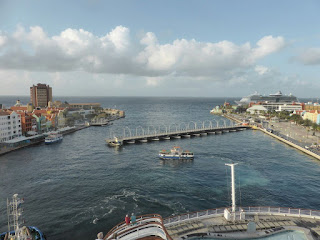 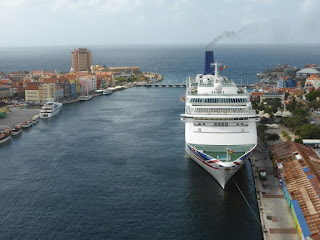 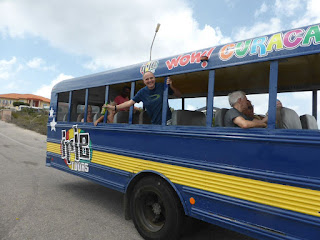 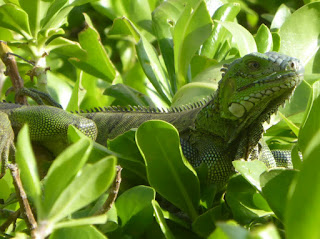 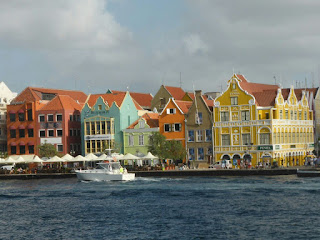 Arrived nice and early for a full day in Curacao. The captain's first task was to wait for the floating pontoon bridge to slide open, and then to dock just beyond it. It looks quite easy in the photos, but there was a gale blowing sideways, and I think it was a bit of a challenge.
I noticed the other day that there was a big dint near the front of the ship, so there must have been a bit of a collision some time ago.
We caught an air conditioned bus - no windows so very blowy - for a guided tour of the island. Curacao is near to the south American coast and is very dry, with lots of giant cactus and spiky bushes.
We were told about the 'chickens in the trees' which are actually iguanas that climb to the top branches and bake in the sun. We found a few that were very well camouflaged. Local people eat them and apparently they taste like chicken.
Finally, Curacao is a Dutch island and it has lots of beautiful old Dutch style buildings. However, there is a Caribbean twist - they are all brightly painted in pastel colours.