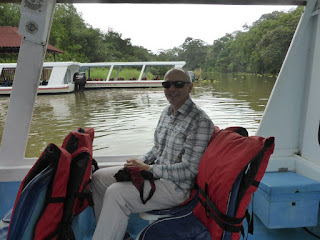 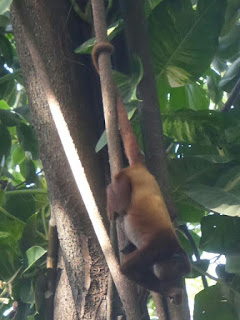 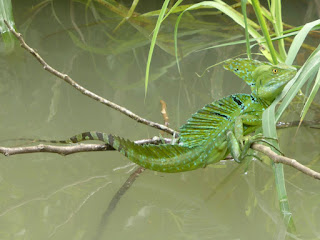 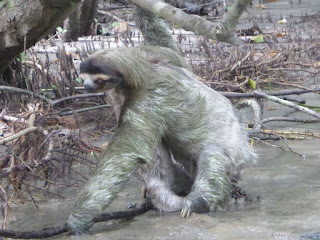 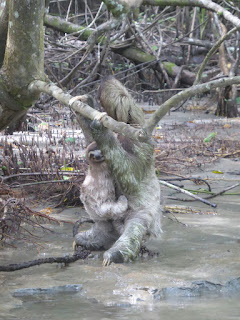 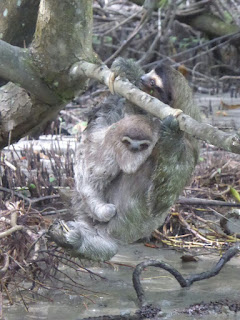 A couple of days have passed since my Cartagena blog, and today we are in Costa Rica. We are taking a little river cruise near Puerto Limon.
It is actually very hot but we are dressed to avoid getting bitten, although it turns out that we didn't need to worry.
We are on a little boat with a few other passengers, and a local guide and driver. They have eagle eyes and spot loads of wildlife all around us.
We saw howler monkeys dangling from the trees by their tails, kingfishers, giant iguanas and a green lizard that is commonly called the Jesus Christ lizard - pic 3. That is because it can apparently run so fast that it can run on the water from one bank to the other. We didn't see that today as it just sat on a branch right next to the boat and ignored us, so I can't confirm if it's true.
We saw a few sloths high up in the branches, but they didn't move and just looked like a scruffy bundle of fluff in my photos.
Then after an hour long meander along the river we were almost back to the jetty, when the driver suddenly stopped and pointed to what at first looked just like the roots of a tree.
Nothing happened for a few minutes but then it started to move and we could see a female sloth, who had come down to the river to go to the toilet!  After she had finished she slowly, slowly moved, and we could see that she had a baby wrapped around her middle.
She carefully climbed on to the lowest branch and then made her way back to the trunk. I don't know if that is a rare sight, but it certainly felt very special to us.
Our guide told us that it was a three toed sloth and you can see that in the photos. They aren't very keen on washing and the rainy season has just ended, so this sloth is covered in green lichen and all sorts of bugs.
The sloths have realised that few of their predators live near humans, so they are often found very near to villages and are thriving, albeit in a very laid back manner.