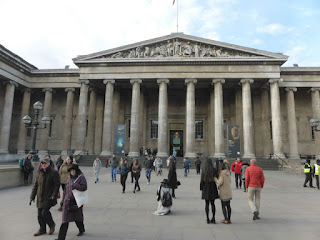 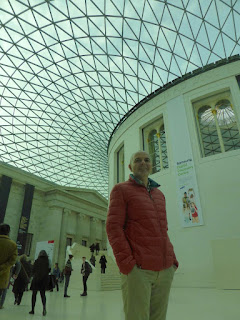 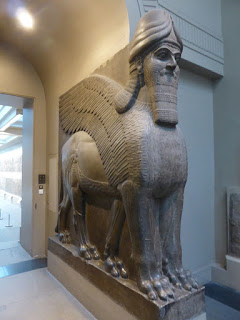 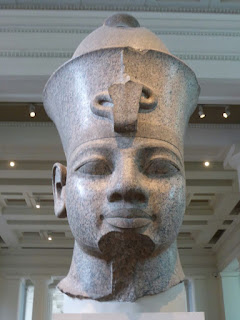 We are back in England, after arriving first thing Thursday morning, and after a mammoth unpacking session we were out in London on Friday afternoon.
We have never been to the British Museum before, but I don't know why not as it is amazing. You could easily spend a couple of weeks here - and that's not anything that I have said about a museum before.
The building itself is worth the visit, as in the year 2,000 a gigantic glass ceiling was erected over the original building and the circular library in the centre.
The exhibits are breathtaking - we dashed around for about three hours following the highlights tour on our audio guides.
My favourite was the winged horse creature that guarded the entrance to the Assyrian King's Palace. The Egyptian statues were amazing and the mummies were so well preserved and quite scary.
They also bake a great carrot cake, (the catering staff not the mummies) and it rounded off a lovely visit.
No time to waste though as we had to dash off to our next engagement.