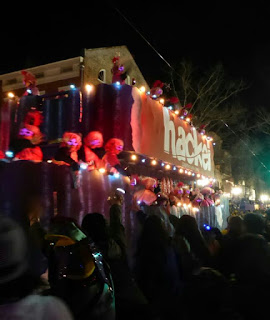 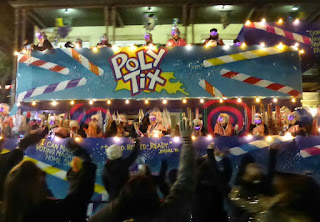 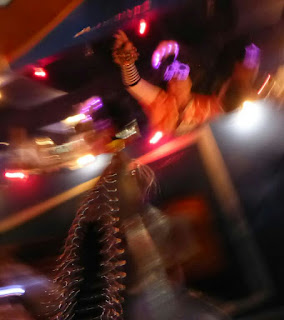 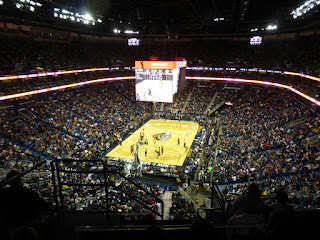 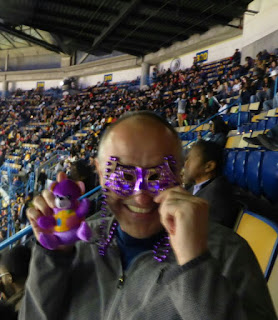 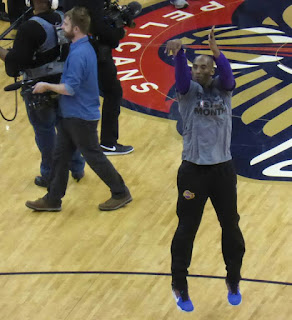 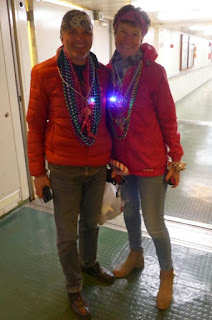 It was our busiest day ever yesterday as we arrived at New Orleans in time for Mardi Gras! We didn't know about this in advance so it was a big surprise.
I am just going to write about last night now as so much happened, but I will do the daytime, and today, later.
We dashed out at 7pm but the Mardi Gras parade hadn't reached our bit of roadside by then. Gradually it started and bands, dancers and floats passed us by. It was all very polite, and people had waited by the roadside for hours to see it.
We had already booked tickets for a basketball game so we only saw a little bit of the parade before heading off to the Smoothie King Arena.
The game was good - LA Lakers against the New Orleans Pelicans - and the superstar Kobe Bryant played. Check out the action shot of him warming up.
Our tickets also included four beers, and at half time one of the cheerleaders threw Daz a Mardi Gras necklace and cuddly toy!
We missed the end, although LA won, as we went back to see the finale of the parade.
During our time away the drinks had been flowing and the atmosphere had changed greatly.
It was loud and good natured and the people on the floats were hurling loads of goodies into the crowd. Picture three is a necklace heading straight for my camera.
We stayed right until the end and got back to the ship around midnight, wearing our haul of goodies.
Phew, what a night.