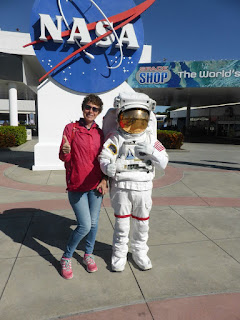 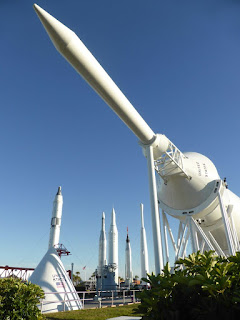 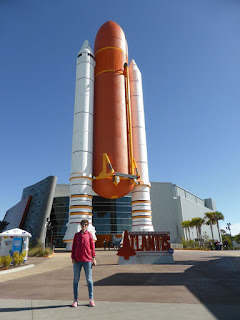 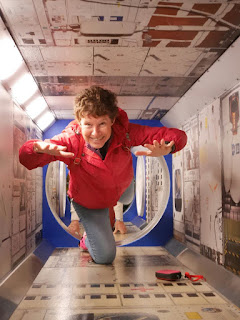 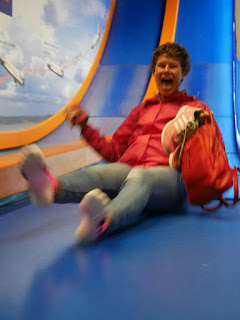 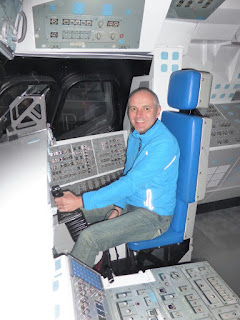 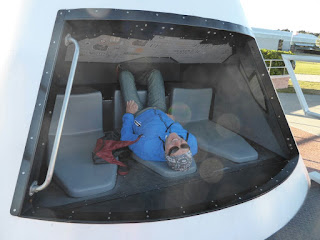 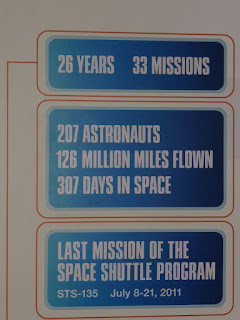 Amazing day today at the Kennedy Space Centre. This is where all of the American rockets blasted off over almost the past 60 years.
They had lots of exhibits, and it was possible to climb into some of the original space craft and find out how cramped and tiny they were.
My favourite parts of the day were crawling around a mock up of the Space Station in zero gravity, and sliding down a slide that was set at the same angle as the astronauts descent back to earth - very steep and scary.
I also met an astronaut, while Darren captained an Apollo spaceship and then landed back in the sea at a very uncomfortable angle.
We leant loads of facts today, and some of them are very neatly summed up in the last photo.