I fancied going to the beach for a few days and we found the nearest one to Ho Chi Minh. It is called Vung Tau and we caught a little ferry down the Mekong River to it this afternoon.
The ferry ride took just over two hours and for the first half of it they played Christmas carols and songs very loudly over the tannoy. Highlights were Wham and Boney M, but I was wasn't so keen on the many verses of 'We wish you a merry Christmas'.
The ride got bumpy across the open sea, but we arrived safely in Vung Tau and it is an amazing place.
We had an interesting late lunch at an empty beach restaurant and Darren had a surprisingly strong rum coffee, although we were also served iced green tea to go with it. Disappointingly I ordered rum and lemonade but there was no sign of any rum in it.
We caught a taxi to our hotel and I caught a glimpse of an almost deserted beach in the heat of the afternoon.
We started to think that the resort was almost empty, but as the sun started to go down the crowds came out to the beach.
Everyone was either jumping over the waves, paddling or sitting in groups in the sea.
We had a lovely paddle, enjoyed the scenery and collected shells. 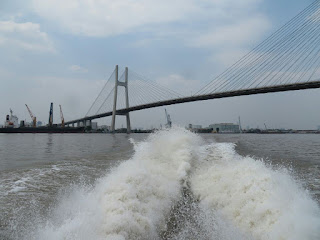 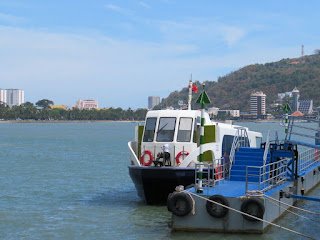 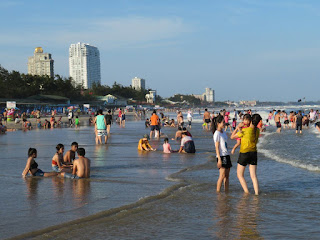 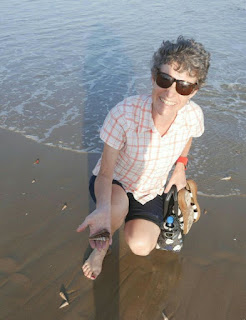 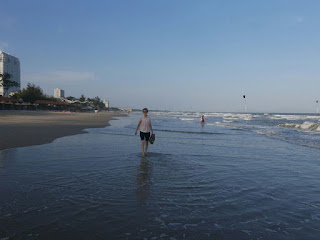