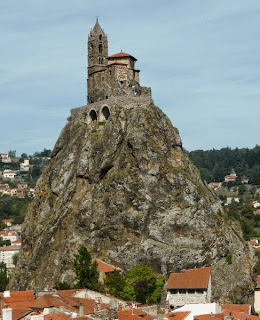 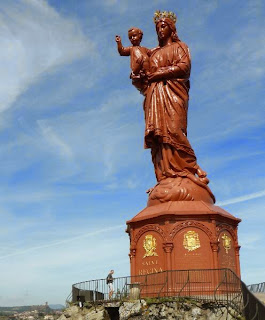 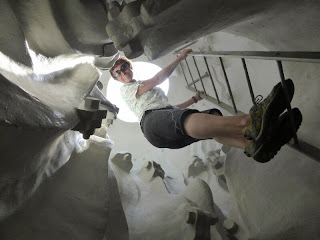 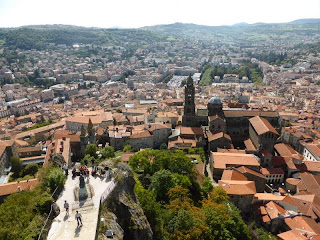 We had a lovely cycle ride and day out today in the busy town of Le Puy en Valey.
I was interested in it because I saw photos of a church and a huge statue perched on the top of crazy, almost vertical rocks.
St Michael's chapel, which was built in 961 sits on top of one rock and the base is surrounded by roads on all sides.
The Corneille rock is only a few hundred metres away and we climbed up to the statue of Notre-Dame de France. It was erected in 1860 and made from the metal of 213 cannons that were captured from the Russians during the Crimean War.
It is possible to climb a tiny winding staircase inside the statue and stick your head out among the crown on the lady's head. It was a bit scary climbing the narrow metal ladder, but a glass dome stops you from leaning out too far, and I made it safely down.
There were also little windows that opened among the lady's clothes. I took the panoramic photo of the town from an opening that is just below her left elbow.