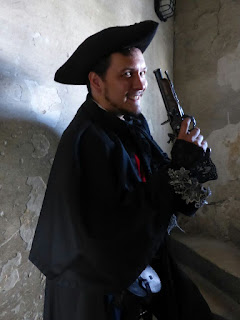 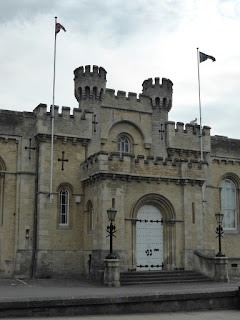 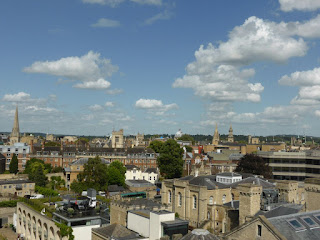 We are on our way to London and have stopped in Oxford for a couple of nights.
Last night we went to see Romeo and Juliet outside Oxford's ancient prison. Probably not be the most romantic of settings, and there was no balcony for the famous scene - instead Juliet stood on the top of some boxes.
Unfortunately for me I got bitten by some dodgy creature on my ankle during the performance, and now my foot has swelled up so much that I am worried that my skin is going to burst open if I try to walk on it. Well, we have been to see a lot of drama lately, so some of it must have rubbed off.
Today we went on a guided tour around the prison and were shown around by a highwayman.
We went to the top of the prison tower to see the view of Oxford's dreaming spires and then down into the dungeon to hear some scary stories.
It was a tiny bit childish to be honest, but it could be that I am being a bit mardy.