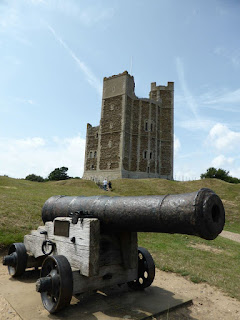 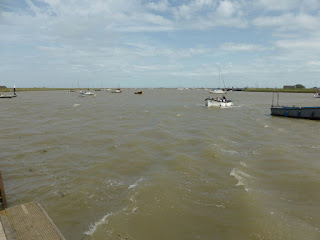 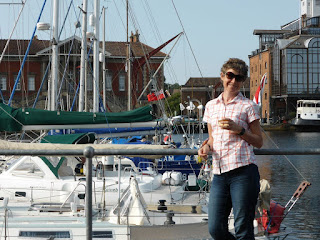 We are staying in Ipswich for a few days, and went on a little outing this afternoon to the nearby village of Orford.
In the middle ages it was a bustling and important seaside port, but over the years a large sandbar built up in front of the harbour. Without direct access to the sea the village slipped slowly into obscurity, although it is now a very pretty tourist attraction.
There is a proper castle with cannons on the outskirts of the village, and the harbour looks out across the sandbar where in the far distance there is a red and white striped lighthouse, and disused buildings from the 1970's which were used during the cold war
Also visible along the coast is the Sizewell B nuclear power station.
All of these attractions were a bit too distant for a photo, so instead I have attached a snap of me enjoying a glass of wine last night in Ipswich Marina.