Parking and driving on Madeira 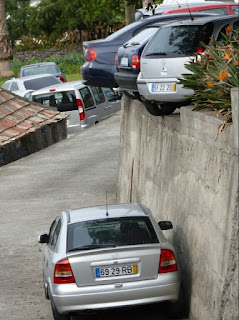 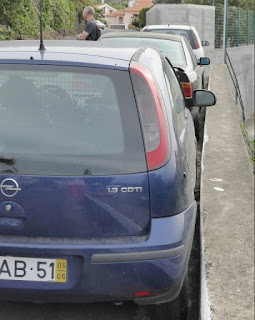 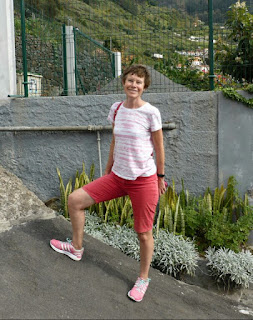 It is such a relief to me that we are only using public transport and not driving on Madeira.
Personally, I have always struggled with reversing a car and Darren gave me some words of advice many years ago. He said 'don't worry as you are never as close to the car behind as you think'. I took him at his word and confidently reversed into the next door neighbours car next time I tried.
There would be much worse consequences to my recklessness here as we wouldn't have just kissed bumpers, but I would have landed right on top of it - pic 1.
I also used to struggle with a very narrow driveway when I lived in Leeds, so used to put towels along the wall to try to stop my car getting too badly scraped.
No such trouble for the drivers here in Madeira who seem to have it down to a tee - pic 2.
As for pic 3, I could never even consider driving either up or down some of the steeper streets as I am sure that my car would just fall off the world.