Back today for another Brompton World Championships. Last year I had no idea what to expect and chugged happily round waving to my supporters.
This year they were all elsewhere, so it was just me and Daz. 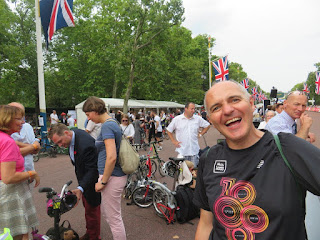 I borrowed his helmet because it matched my dress, and his bike because the gears are set higher and I could ride faster.
Lined up at the start with my fellow competitors I was feeling nervous. 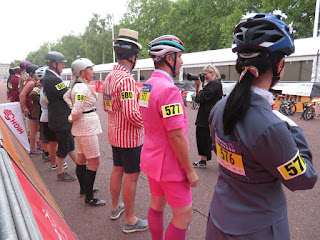 The starting gun sounded and we charged off across the road, picked up our bikes and unfolded them. I got a bit stuck but sorted it out jumped on, although very near to the back of the field. 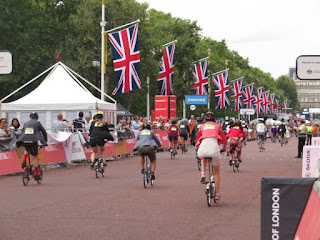 I was quickly feeling strong and started chasing down the field, even overtaking a few. 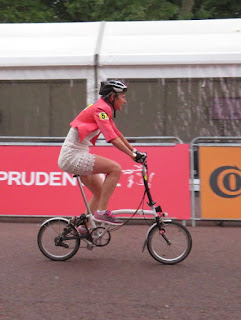 Not quite in the same league as the real racers who shot past in three huge pelotons at a terrifying speed. 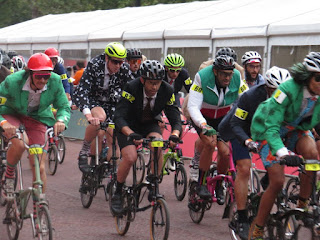 I didn't try to hook up on to the back, but chugged on and managed a wave or two. 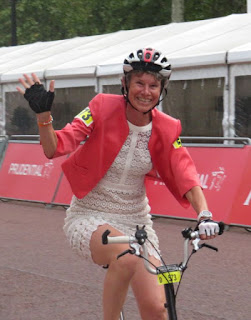 The finish was very chaotic with a couple of crashes, but I was nowhere near at the time. I was definitely faster than last year and even managed to Strava it. Just waiting now to hear my results. 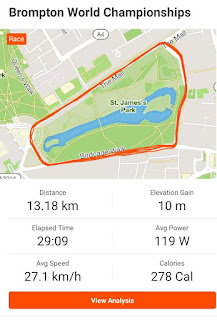