It's exactly one week today since we started working on our plot. It seems like much longer, but we are having a lovely time.
Today I have decided to show a bit more of the surrounding area instead of just the plot, so this is our street.
There will eventually be nine houses on it, and at the moment one house is completed and occupied, five are being built, and three are yet to start. 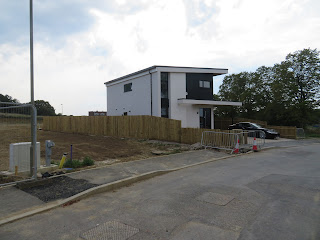 This is the lovely house on our left hand side with an empty plot to each side of it.
Then it's us in the middle and then four houses all together. 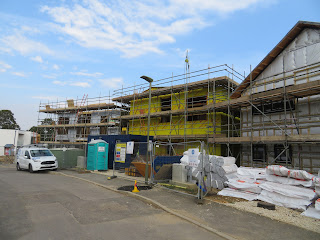 Finally, another empty plot is at the end. Everyone is speeding on past us because they mainly have timber frames, but it then seems to take ages for the scaffolding to come down.
Straight in front of us is a piece of land with five fairly large trees, 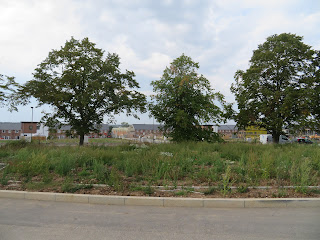 and in the distance is a nice water tower that has been here since the second World War. I think that originally it was going to stay as it is, but now I think that it will eventually be taken down.
That's a bit of a shame but it does look a bit dangerous. 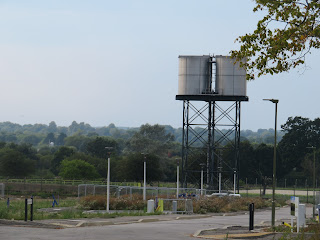