I have just re read my first bricklaying post, and in the week since then, as well as moving house, I have done most of the tasks that I mentioned. 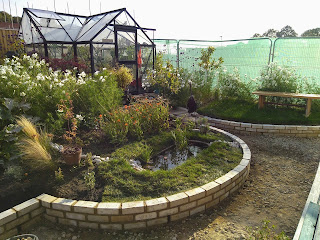 I have just filled 12 buckets with gravel to flatten out the future patio area and built up around the pond.

Darren nipped to the shops and bought me 75 crocuses that I have planted in front of the fish, and a metre of turf that I have used to fill in the gap.

I thought that I was being really careful, and synchronised both sides of the walls up to the greenhouse, but it turns out that I measured the wrong row, so they are out by half a brick.

No worries though, I just need to work out how to style it out. 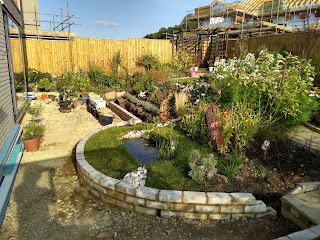 The hardest job is mixing up the mortar, but I have got a good system going and I have made a little raised mixing area with a square of bricks under some thick plastic to stop the water falling off. 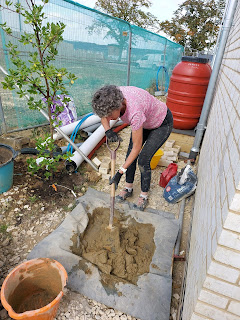 Carrying on with the next section tomorrow.