At the beginning of June I ordered our garage door, and it had to come all the way from Germany. Three and a half months later it has arrived!

The reason we had to have this specific door is that it is an exact match (ral colour 7022) with the windows and cladding, and it is also has quite narrow slats that look similar to the wood. 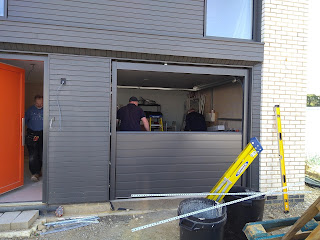 Two very nice men fitted it this morning. We were a bit worried that they would end up locking themselves in it, but they knew what they were doing, and once all of the panels were in place they re emerged. 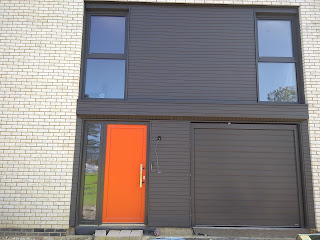 I think that we made a bit of a mistake as it needs edging and apparently we didn't order this, but Darren is going to sort it out and I will paint it. 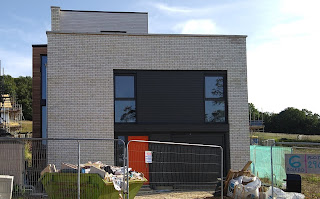 It looks really good, and the outside of the house is almost finished at long last.