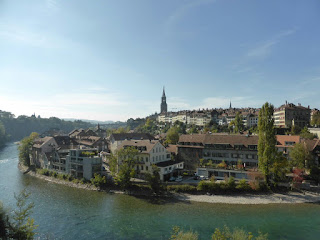 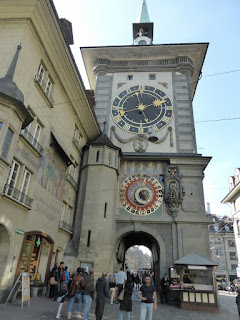 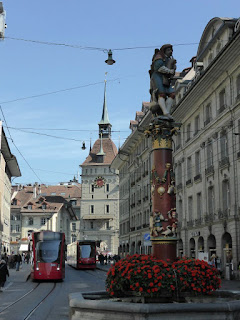 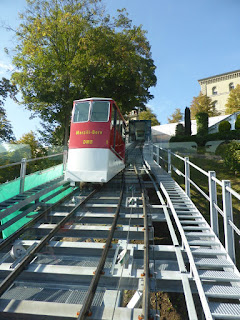 We arrived in Bern yesterday, capital city of Switzerland and I was sure that there would be loads of things for us to see and do.
Imagine my surprise then, when I picked up the information leaflets at our campsite and found that only 139,211 inhabitants live in Bern!
It is actually a really tiny place with an old town that is about a mile long, but only three streets wide. It is bordered by a river that flows around three of its sides, and inside of it are nearly all of the interesting buildings.
There are a few churches, drinking fountains and the Swiss Parliament Building. We wanted to have a look around it, but unfortunately we were a bit too late to get in.
The old town is also full of elegant and understated shopping arcades, but out of our price range.
There are also beautiful views of the Eiger and other mountains on the horizon, but the weather was too hazy for us to see them.
We did get a free bus, tram and funicular railway pass so we have whizzed around, seen most of the sights, including the bears and are moving on in the morning.