Water features at the Monasterio 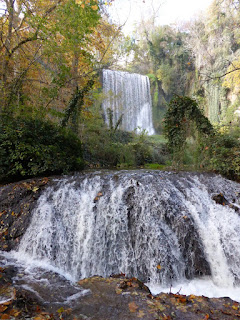 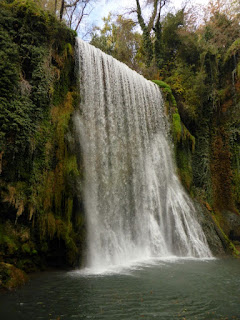 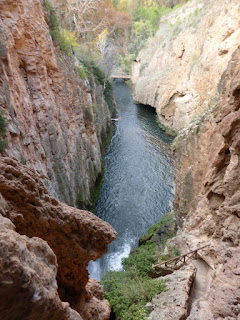 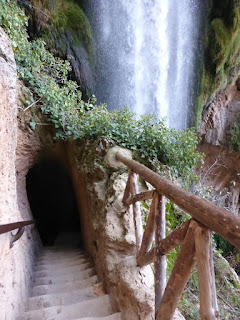 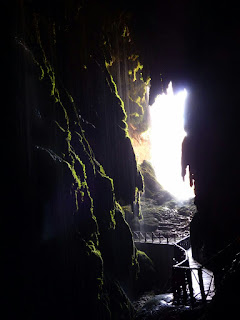 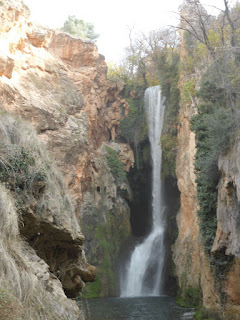 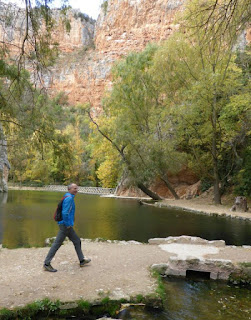 The first thing we did when we reached the Monasterio was to head for the water walk. It started with lovely waterfalls and little streams and then we got to a high edge where the water disappeared with a roar.
I looked over the edge, pic 3, and realised that we had to follow the torrent down to the bottom.
The steps went down into a dark hole, pic 4, although there were a few lights and the occasional window to look out at the water.
We were nearly at ground level when we came across a cave that was right behind the waterfall. The spray was soaking us, and as we walked to the back of the cave the spray stopped, but drips from the roof turned into a shower. There was hardly any lights so we had to shuffle carefully along. It was pretty exciting although I was worried in case there was any bats.
Eventually we made our way back towards the daylight, although to get there we had to go through a long wet tunnel.
We were then on the other bank of the river and found lots of trout ponds and a large lake.
The whole place was fantastic and we spent a couple of hours following the marked route, not knowing what to expect around each turn.