Darren has put up four cctv cameras around the house. Just checked that they were all working - and they are. 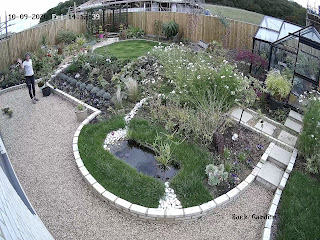 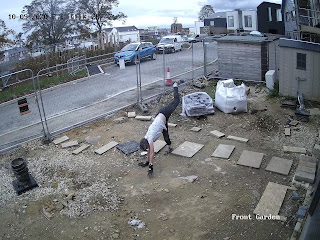 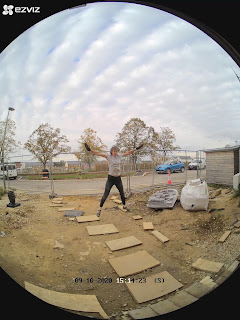 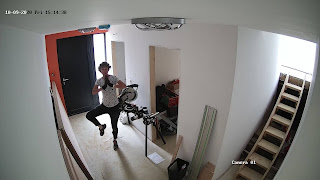 The second one is supposed to be a handstand, but I wasn't in the air very long so I think that the camera missed the best bit.

I also went on a fantastic shopping trip this morning and bought more bargain plants, bath towels to match the decor, and as I found out later, six feet too little of lining paper.

Once back home I parked the car far away from the kerb, unloaded my goodies and then had some lunch. An hour or so after that Darren happened to glance out of the window to see a digger driver trying desperately to get round our abandoned looking car.

I went out and apologised for blocking the road. He was lovely and said it was fine, although it clearly wasn't. I then opened the passenger door and sat down while the digger driver just watched.

After a couple of seconds I realised the issue so got out again, and walked around saying, 'you know what, I think that I will just try it again in the other seat'. He nodded and said that he was wondering how I was going to move it.