At the bottom of our street are two statuesque water towers. 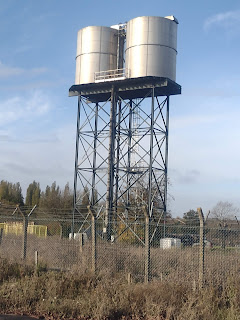 They were part of the old military base that used to be here and they have not been used for a few years. I like them a lot, but I can see that it would be dangerous to leave them in the middle of a housing estate.

I can imagine that the local teenagers would be keen to climb them, and if nobody was looking I would like to get to the top too.

They are being demolished tomorrow to make way for for more houses, and for a road that joins up with the street used in the Grand Designs series. 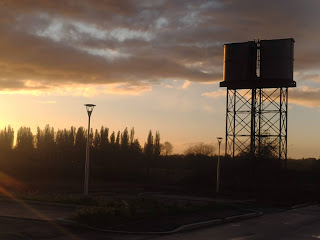 Speaking of Grand Designs, yesterday I saw Kevin McCloud being filmed pushing a wheelbarrow along a street just near to us, so watch out for that in a future programme.