We have seen lots of contractors inspecting the pavements over the past few weeks, and they have been repairing or replacing all of the damaged sections.

In a much anticipated move, a lorry turned up this morning full of black tarmac and very soon after we had a shiny new pavement. 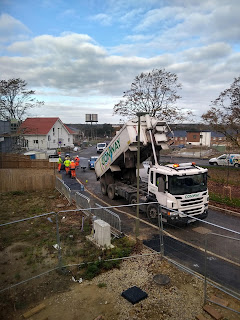 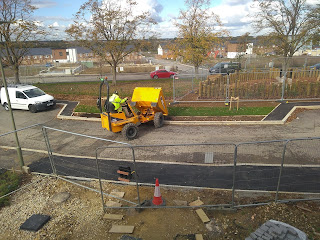 We have also got two new trees and a grass verge on the other side of the road.

Darren spent some time outdoors making a double compost bin for me, and apart from the colour, it looks a bit similar to the one in Monty Don's garden in Gardener's World. 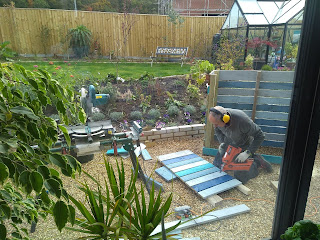 Finally, in an update to yesterday's blog - we have managed to get the slightly oversized cabinet into the undersized gap. We worked out that the space was wider at the back than the front, so Darren cut down the front of the cabinet, and then built it up in place in the gap. 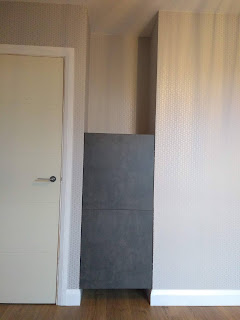 Now that it's in, I have to say that it looks a bit weird.