Our final day of cycling, and we were expecting an easy day, that I thought would be pretty flat and on the roads.

We set off to see Braunston marina, which is a major canal junction. We did the obvious thing and cycled to the nearest canal and then headed towards it. First surprise of the day - there was no towpath. 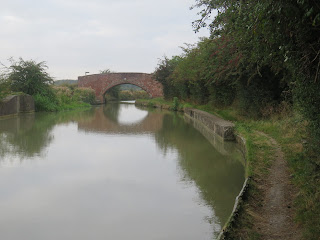 There was a narrow unmade track, fortunately not muddy, but very close to the canal on one side and nettles and brambles on the other. We kept going until Darren got a puncture and then got on the main road to reach Braunston.

As we were no longer on the canal then at first we couldn't find the marina and instead ended up on a steep hill with a windmill at the top. We did eventually find it, and I had a great bacon butty that was cooked on a narrow boat and it gave me the energy to keep going. 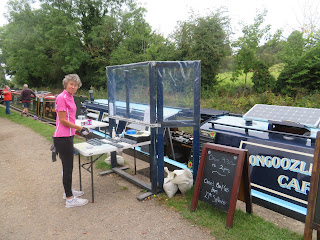 Back on the road briefly, before Darren's navigating app sent us off road on to bridleways. There are many types of bridle paths, some paved, some gravel and then there are the really bumpy ones across fields. 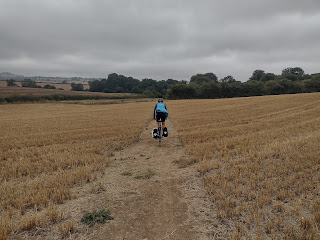 There are also some through waist high nettles (sorry no photo taken, just too busy trying not to get stung), and really steep grassy ones where you have to get off and push. 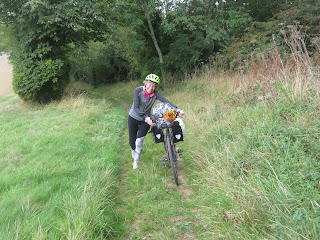 Gradually our route took us higher and higher, amongst groups of wind turbines and in the distance a huge concrete aerial mast. I didn't expect to actually go past it, but we did, and to get to it we had to get past a field of cows and hike up a hill. 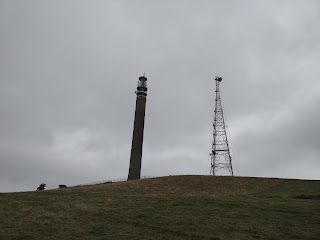 I looked it up later and it is called Charwelton Hill, and it is one of the highest points in Northamptonshire. On the plus side, we expected that it would be all downhill from there to Banbury, and there was just a field of sheep to cycle through to get back to a road. 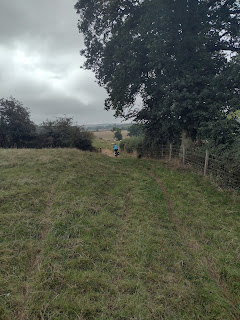 In fact, there was quite a lot of ups and downs to go, but we did get to Banbury, topped up the calories at McDonald's and then caught the train home.

Another epic day, and I think that I will put my feet up for a while.