The sights of Reading

We are on a little adventure, and today we took the train to Reading. We haven't been here before, so I looked up the best sights before we set off.

Worryingly, one of the top ones was the train station that we arrived on, but it was actually quite good. We only walked through it, but it was very shiny and modern, and the escalators to the platforms were all lined up in a row. They looked like lots of ski jumps, only without any skiers on them. 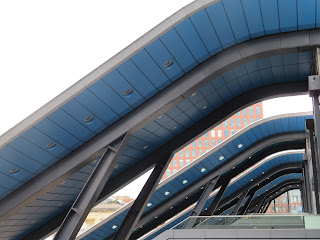 Once we were out of the station the town looked quite nice, just like many other towns across England. We went to the Hexagon Theatre where we were due to pick up tickets for tonight's performance. The prestigious Royal Philharmonic Orchestra were playing Sibelius.

We couldn't find the way in and we watched as members of the orchestra couldn't find it either, but then we met a very helpful lady who let us in the building. Then she said that we were too early to get our tickets as they hadn't been allocated yet. Hopefully we will get some good ones.

The Hexagon Theatre wasn't very attractive, but right next to it was a very attractive large allotment. We were told that it was on the site of an old council building and it will be built on again one day, but at the moment it is rented out for the very low cost of one flower per year. 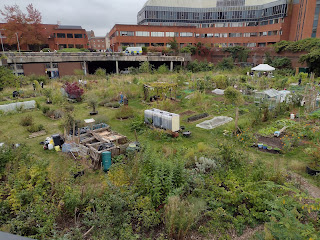 We then walked along the river Kennet through the centre of town, taking a detour to see a very disappointing mural, and back along the river on it's journey to join up with the Thames. 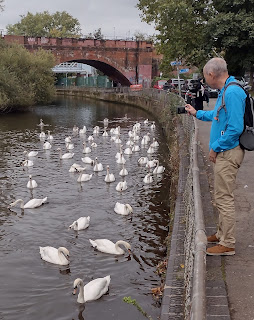 At the junction was a graffiti covered bridge, which could have been scary, but there was lots of people around and we carried on our sightseeing tour. 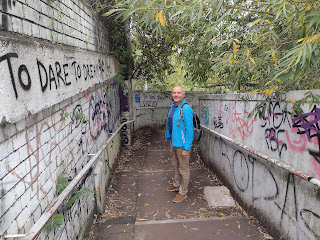 Next was an island in the Thames called View Island and we got to it over a canal lock and then a bridge. 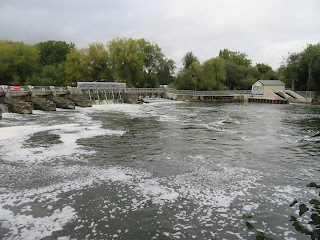 There was an interesting mini hydro electric power plant with a much better mural painted on it. 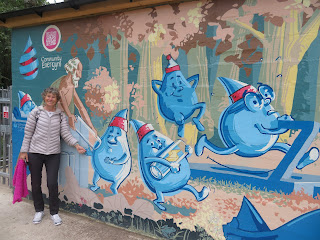 We walked the whole way around the island and felt obliged to admire the view, while looking out for faces hidden in the trees. We didn't see any at all then suddenly I nearly jumped out of my skin as a giant face was hiding round the last bend. 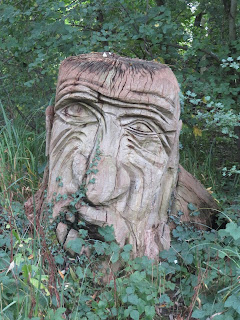 After all of this excitement, we went for a drink and dinner then on to the show. 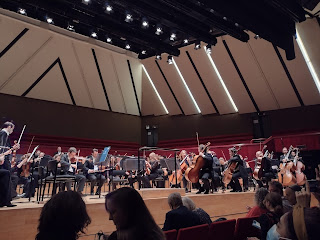 At the theatre the lady who we met earlier recognised us and gave us our tickets, and they were great. For once we got to see the whole orchestra rather than the violinists feet or a really distant view.

The orchestra was great, loads of musicians who played very loudly, catchy and cheerful music although we didn't recognise it.

Back to the station and a journey to the Premier Inn at Richmond.