Went for quite a lengthy walk this morning. 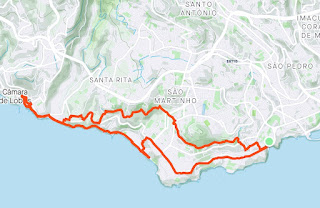 On the map you might think that it was quite flat, but actually we climbed many steps behind our hotel before we reached a levada, that took the high road along the map. 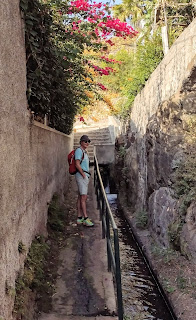 We made our way out of Funchal on a route that went behind houses and past fields, but it also had street lights and some gates with letterboxes. These were obviously the entrance to some houses straight off the levada. 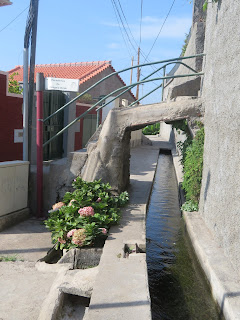 Eventually we reached the point where we had to turn off and descended probably hundreds of steps to the road, with fields of bananas on either side. 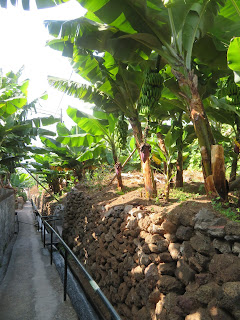 We then followed the road downwards for a while until we found a tiny path and steps down to the sea. 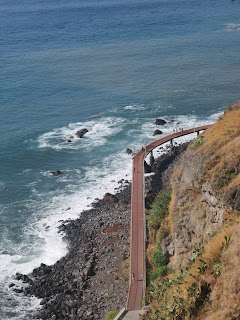 We walked round to the little harbour at Camara de Lobos for a coffee stop and then headed back home along the promenade. 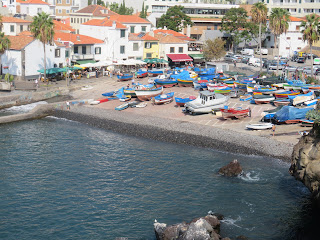 At one point signs said that the path was closed, but local people were climbing over the railings and so did we.

I stopped for a quick paddle, but the water was surprisingly cold, so I may change one of my plans for tomorrow. 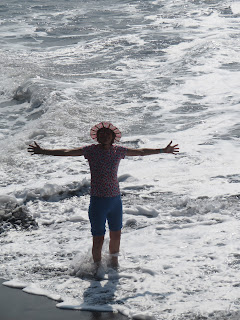 Afterwards I had to have an ice-cream as a reward, and we carried on with the path, but then it seemed to disappear and we were left walking along the stony shoreline. 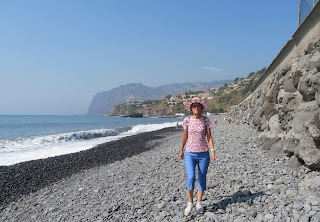 This time we ran out of luck as we were heading for a tunnel, but that was closed for safety reasons, so we had no choice but to retrace some of our steps, climb a very long flight of stairs and walk home along the road.