Top of the world walk

Today we went on a trip to the highest points on Madeira.

The bus stopped a few times on the way to pick up other walkers and in our group we ended up with three English speakers, three German and four French. Our guide was fluent in all three, plus obviously Portuguese, and he randomly swapped between languages all day telling us loads of interesting facts.

In contrast to our outing last week, we arrived at the starting point, called Pico do Arieiro in bright sunshine. 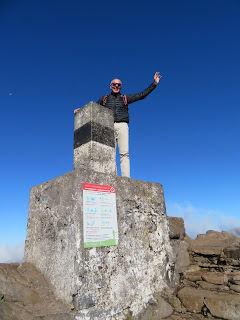 It was really cold though and very windy, but we were well wrapped up although gloves would have been very handy. We set off amid fantastic mountain views with the clouds sometimes rolling in, and then clearing within seconds. 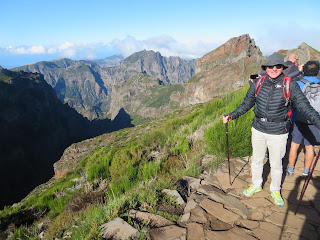 Within a few minutes we were walking along a narrow track with massive drops on either side, but with a wire handrail to make it feel a bit safer. 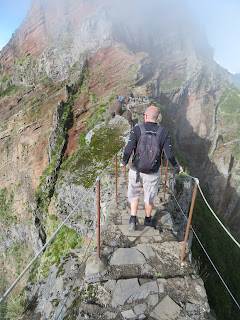 That pretty well sums up the whole day, as we went up and down steep paths, amazing views everywhere unless a cloud came down, and listing to the background chat from our guide in varying languages. 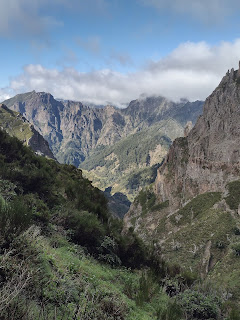 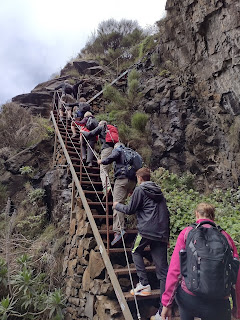 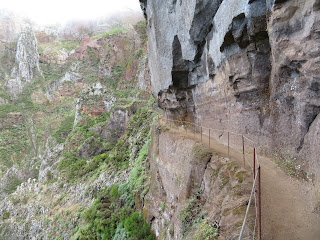 After a while came the addition of tunnels to our journey, one of which had lots of puddles that we couldn't see until it was too late, so wet feet all around. 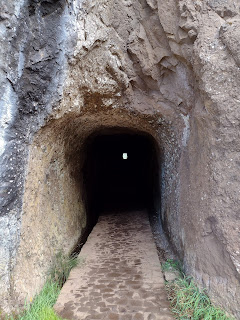 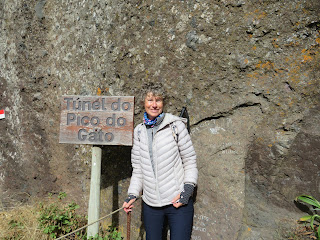 However, one of the most beautiful sections was also very sad. Our guide told us that about 20 years ago there was a huge fire and a lot of the ancient forest was burnt. It is slowly growing back although it will take many more years, but it is now an incredible sight to see. 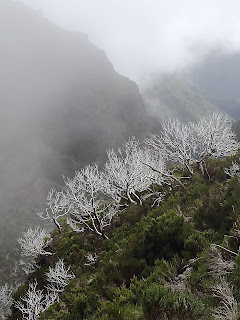 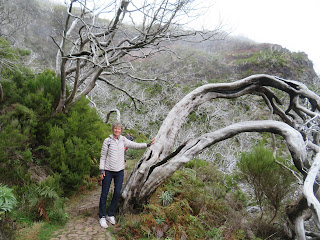 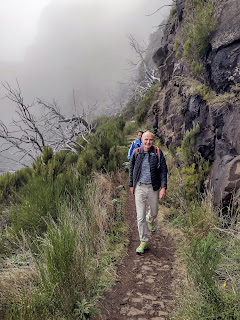 We then reached the highest point on the island, Pico Ruivo, but the clouds beat us to it and there was nothing to see, apart from lots of other people who couldn't see anything either. 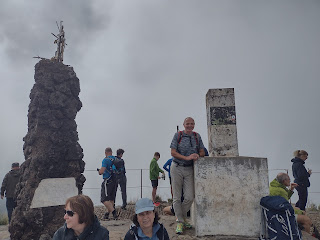 From the it was a 45 minute walk to where our bus was waiting to whisk us back to our hotel.