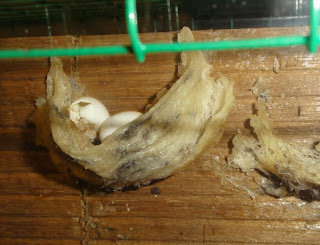 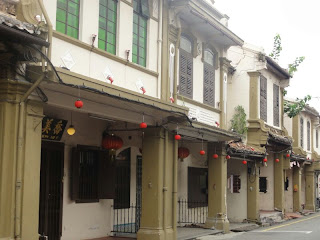 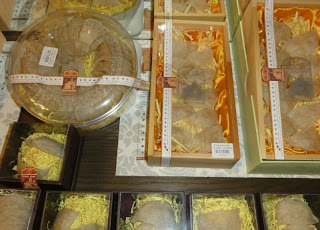 Did you know that birds nest soup really is made out of birds nests?
Today we are in Melaka and were walking along one of the heritage streets when a friendly elderly man said hello and asked us if we wanted to see how birds nests are harvested.
We followed him in to the house and it was really dark inside. All along the ceiling beams were birds nests and swifts were flying in and out of an open porchway.
He explained that the nests were made of swift spit and that they are a real delicacy and thought of as medicinal by many people.
The whole house was a mixture of factory, shop, restaurant and museum. We were the only people there and he spent ages showing us around. The nests are removed once the swiftlet has flown and taken to an area that looked like a laboratory. It was full of Indonesian girls who are employed to clean the nests. It is very complicated as the nests are full of feathers and dirt and it takes many hours. The material is then graded and the best bits are reshaped into nests and dried. The smaller pieces are graded into sizes and prepared for sale.
When we got to the shop, the most expensive nests were sold for about £4 per gram, even the small bits cost a fortune!
He said that the whole house opposite was full of nests, even though it was on one of the most expensive streets in Melaka. At those prices I am surprised that anyone lives in any of the houses at all.
We could have tried either some soup or pudding with birds nest in it, but somehow, I just really did not fancy it.
Fascinating tour through.