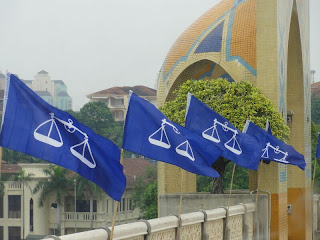 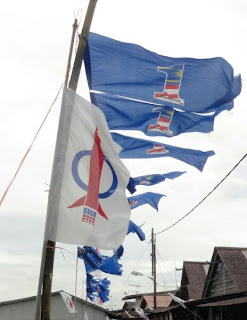 Everywhere that we go in Malaysia now, we find hundreds of flags. This is because there is going to be the a general election on the 5th of May.
The newspapers are full of manifestos and articles praising the current government, and apparently, the opposition have never won. We spoke to a taxi driver who was really into politics and he said that all of the newspapers are controlled by the government, which is why they always write negatively about the opposition.
However, he says that things are changing now because of the Internet and he is really hoping that the opposition win this time.
Surprisingly, he also started quoting lyrics from a Cliff Richard song that we did not recognise, but you can't hold that against him.