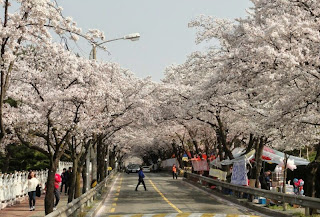 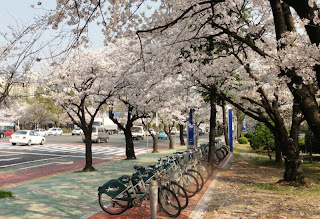 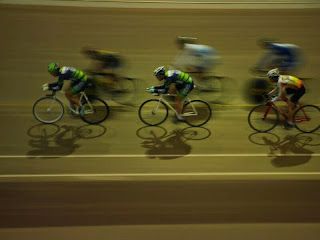 Changwon is a city in the south of Korea, and it was planned in the 1970's to act as the capital of the country if Seoul was attacked and had to be abandoned.
There is very little in English about the area on the Internet, and we have seen hardly any foreigners, apart from each other, for the last few days.
We got up early this morning, walked with all of our kit to the subway, caught a train in the rush hour for about ten stops, then caught a bus to Changwon. After about half an hour on the bus the area started to look familiar, and then the bus stopped to pick up a passenger and I realised that we were about 100 yards from last night's hotel - right back where we started!
Once we got here though, we found out that it is a beautiful place and we had a lovely afternoon wandering around admiring the scenery and cherry blossom, which is just reaching perfection.
We also found an area called the Olympic Park which had lots of amazing sports stadiums.  We managed to walk down a tunnel and into the centre of a fantastic velodrome, where it seemed that the Korean national cycling squad were training.
Nobody seemed to mind so we spent about half an hour watching them whizz around the banked track.
Ps, thank you to Darren for this arty shot.