The Alcazaba of Almería 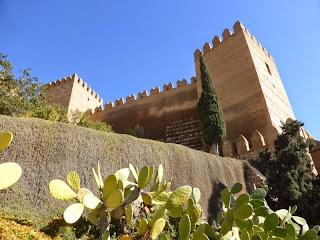 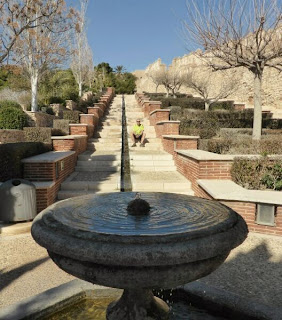 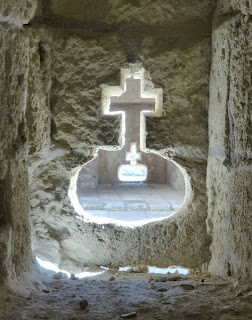 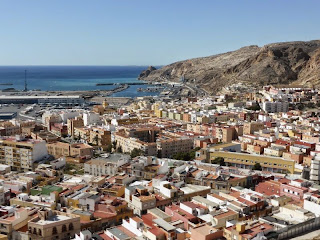 Is it a fortress, a palace or a castle?  Or maybe even all three. I don't know either.
Today we cycled 15 kms along the coast road to the Alcazaba of Almería.
On the way there we were right on the hard shoulder, with rather dramatic drops down to the sea, and only a small metal railing to stop us falling.
Returning we were pushed up close to the vertical cliffs that were covered in steel netting, presumably to capture any stray boulders that were heading for the traffic. Both journeys were a bit nerve wracking but good fun.
As usual, it was a steep climb up to the base of the building, where we left our bikes and carried on on foot.
The Alcazaba towered over us as we walked up the zig zag path to the entrance. It was free entry for European residents and we were given a nice looking, concertina-ed leaflet.
This was where our troubles began as it was beautifully written in English, but neither of us could gain any proper understanding of what it was trying to explain.
The only facts I know is that parts of it are over 1,000 years old (I think), lots of damage was caused by an earthquake in the year 1,487, and the Christians gained control of it from the Moors in 1,489.
However, not knowing what we are seeing has never been a problem, and we had a lovely time just wandering around taking photos.
The final picture is the view over Almería and our route home is straight through the middle of it, and then round the rock jutting out into the sea in the far distance.