Day in the Wild West 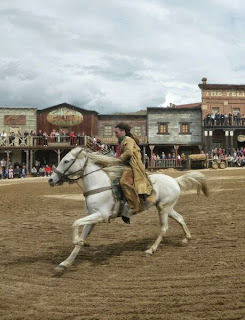 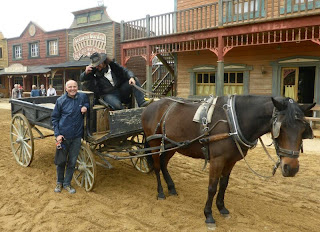 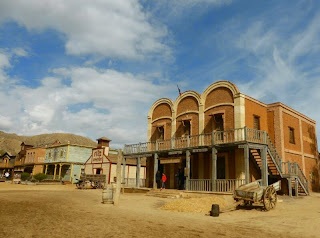 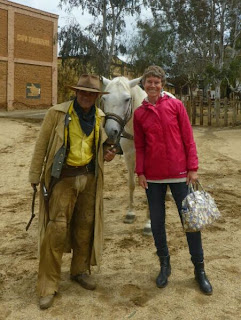 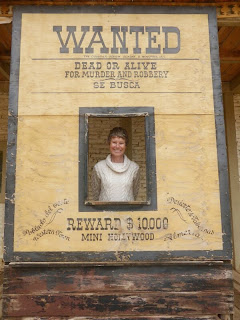 It's a little known fact that dozens of Spaghetti Westerns were filmed around Tabernas, in the only desert in Europe. We drove north of Almería and spent a day in the Mini Hollywood theme park.
They don't have the original film sets that were used by actors such as Clint Eastwood, but they have a great wild west town with everything that you would expect - Sheriff's office, jail, Saloon bar, Pony Express, state bank, etc.
In the background loud speakers played music from films such as 'A fist full of dollars' and we enjoyed ourselves wandering up and down Main Street.
At noon the daily shoot out began, complete with galloping horses, fights, a deadly duel and loads of Spanish overacting.
Of course the Sheriff and his posse won and afterwards the cowboys posed for dozens of photos with the spectators.
Then we headed to the Saloon for a drink at the bar and to watch the ladies can can dancing.
I must have done something really naughty today as I ended up on a Wanted poster with a price on my head!