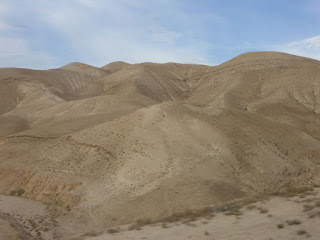 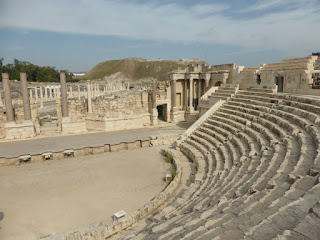 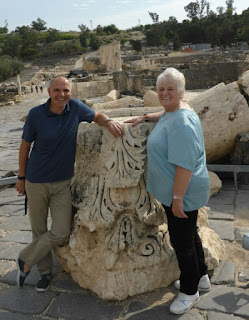 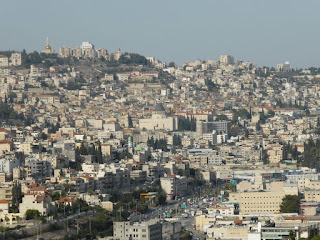 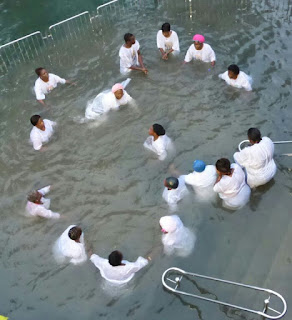 We found ourselves in a desert almost as soon as we drove out of Jerusalem this morning.
About half an hour later we arrived at the small town of Jericho, of Bible fame. We are struggling a bit due to our lack of biblical knowledge, but Jericho is where the walls fell down after someone walked around them seven times.
Unfortunately, nowadays there is no sign of the wall and there is little else to see.
We then visited a brilliant Roman city called Beit Shean that was destroyed by an earthquake almost 1,400 years ago.
Afterwards we headed to Nazareth which was where the Angel Gabriel appeared to Mary and told her that she was going to have a baby. In the olden days it was a little village, but it is a lot bigger now, and if you look at pic 4 there is a large church in the middle of the photo. That church is built over Mary's home and is actually very beautiful inside.
The next stop was my favourite of the day - watching pilgrims being baptised in the river Jordan. It was very busy today and a large group of over excited and very loud Nigerian ladies were in the same area as a group of quiet South Koreans.
The ladies finished first and were dancing around and singing at the tops of their voices as the Koreans were dipped backwards into the river. They each emerged choking and coughing, but they were soon smiling and got a round of applause from their fellow pilgrims.
We stood above them on a purpose built viewing platform and it was really entertaining, although nothing like I had expected.