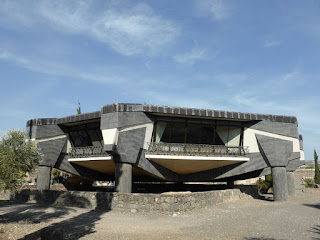 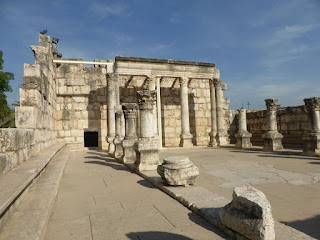 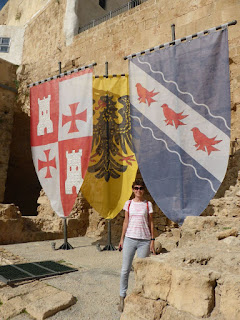 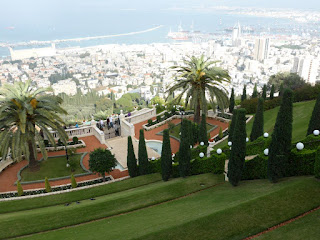 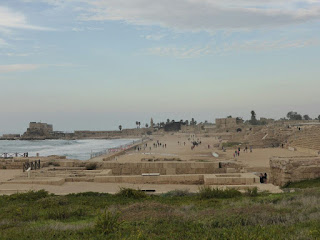 Our guide took us to what he referred to as 'Jesus's headquarters' this morning - pic 1. He said that of course it didn't have fax machines back in the day, but it was where Jesus spent a lot of time. It was his friend Peter's house and the tiny fisherman's shack was right beside the Sea of Galilee.
Archaeologists have identified the exact location and a very futurist looking church has been built directly over it. The foundations of the stone house is in the centre with the church appearing to float above it. I went inside the church and it is very beautiful, but the main feature is a glass floor that highlights Jesus's workplace below.
Next door to the church is a synagogue that dates back to the 4th century - pic 2.
We then set off on a whistle-stop tour of a crusader castle, brilliant hillside gardens and shrine in Haifa and finally Roman remains at Caesarea.
It was named after Julius Caesar and was a Roman city that boasted all of the usual amenities. We saw the restored amphitheatre that was okay, but the arena where they used to hold chariot races was fantastic. It is right along the sea front in the centre of photo number five and the seats along the whole length of it are amazingly well preserved.
We walked along the racetrack and I could really imagine the horses thundering around the track, as the crowd cheered them along on one side and the sea crashed against the rocks on the other.