Golan Heights and the Syrian border 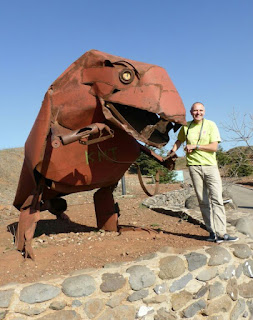 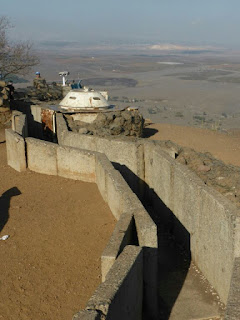 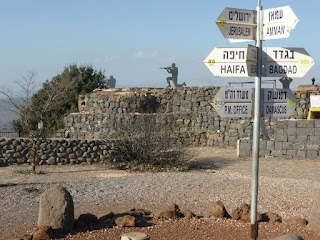 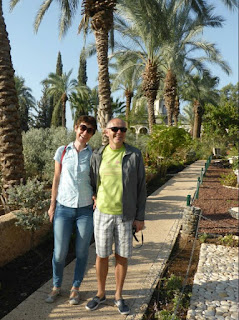 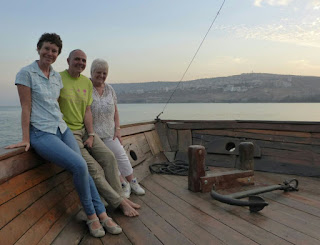 Today we drove up into the Golan Heights in Israel, and right to the top of Mount Bental.
It is no exaggeration to say that the whole bus was shocked once we got out and started walking. We set off along a path with menacing metal monsters on either side, and then we got to a bunker.
It had concrete trenches and was manned by UN peacekeepers. There was fantastic views and we looked straight out across Syria in one direction and Lebanon in the other.
What was even more amazing was that we were allowed to walk along trenches, chat to the Peacekeeper in the front lookout tower (he was Canadian by the way), and generally just wander around the whole site.
There was a signpost that pointed the way to Damascus and Baghdad and metal cutouts of soldiers all around us.
Our guide said that when he was here three weeks ago they could hear gunfire from Syria, but that it is much quieter at the moment.
On a more peaceful note, we also found time to visit the location of Jesus' Sermon on the Mount, (pic 4), the source of the river Jordan where I bought a little bottle and filled it full of holy water, and the place where the miracle of the Five Loaves and Two Fishes took place.
Finally, we took a sunset river cruise on the Sea of Galilee where we all joined in and danced to a traditional Israeli song.
Seriously, if you want an action packed holiday, come to Israel!