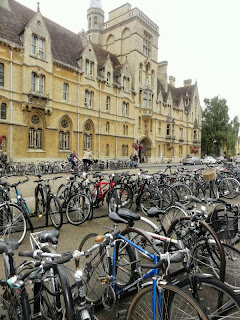 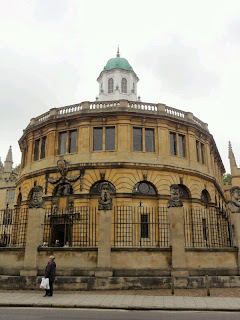 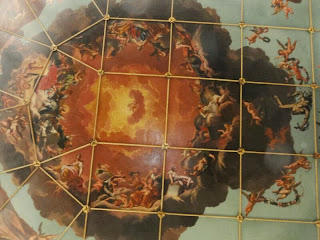 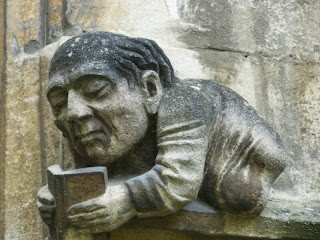 Spending the afternoon looking around Oxford.
We have been in the church of St Mary the Virgin, then had a result at the Sheldonian Theatre. A nice Austrian student was showing her pass card at the entrance and the staff member seemed to think we were her parents so let us in for free.
We had no idea what it was, but it turns out it was the first building designed by Sir Christopher Wren and is where the students collect their degrees. It has an amazing ceiling that is a bit like a mini Sistine Chapel.
We then climbed up into the cupola with views over the town.
Also visited Balliol College which is where Boris Johnson, among many others, have studied for the past 750 years. Finally, we found a cute little grotesque (or so the guidebook called it) attached to a wall, that represents academic life in medieval times.