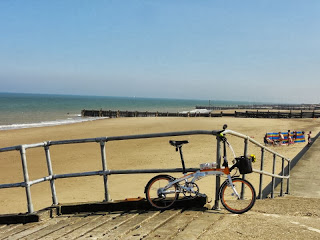 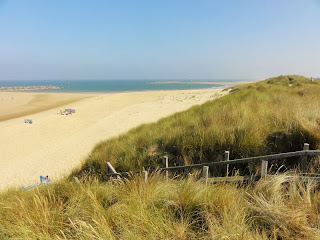 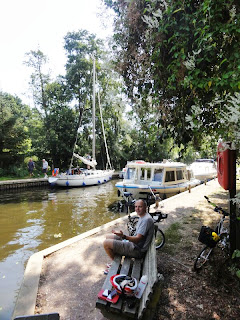 On another bike ride around the Broads today, but struggling even more to find them!
We have sussed it out though, so how it works is that most of the waterways back on to people's gardens or fields so there is no access for the non boat people.
There are a few places where you can get on a boat, but they can be pretty hard to find. We cycled down quite a few dead ends trying to see Hickling Broad but gave up eventually after only finding a couple of little water cul de sacs.
However, we did have a lovely day as we also went to the seaside. We had never heard of either Walcott or Sea Palling and had quite low hopes, but they were both fantastic.
Not many people seem to be aware of them either, as they were both almost deserted. It was a great shame as the sand was soft and creamy, the sea was bluish and warmish and the sky was cloudless.  Looking forward to tomorrow as we have booked a boat trip.