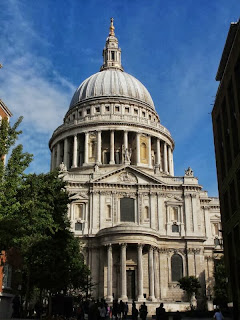 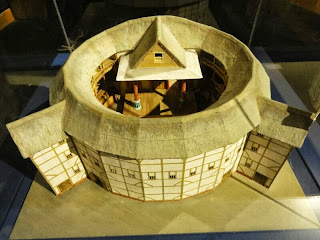 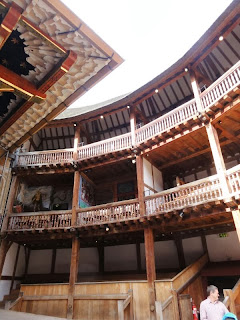 After seeing Shakespeare's play last Friday, we were quite enthusiastic about him and I saw that we were entitled to two for one tickets at the Globe Theatre.
We started the trip by getting off the tube at St Paul's so I got a picture of the outside as we passed by. As it was Sunday morning the bells were pealing really loudly and people were going in for the morning service.
We walked over the Millennium Bridge to the Globe Theatre. The second picture is a model and it is an accurate recreation of the type of theatres that Shakespeare's plays would originally have been performed in in the early 1600's.
The Theatre was very compact and the plays were very popular at the time with up to 3,000 people crammed into each showing. I always thought Shakespeare's plays were very serious, but the crowds would drink beer and be pretty rowdy. We found a warning sign that said 'This performance contains filthy language and bare flesh', which says it all.
I am thinking ahead to next year's new years resolutions and might try to read a few of his plays.