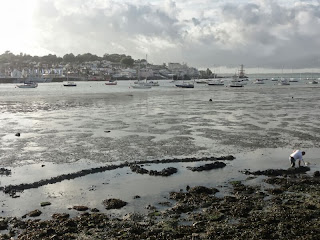 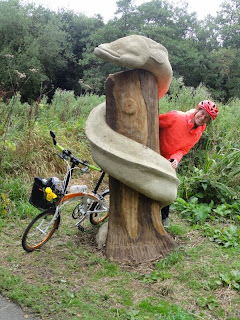 This is the view from East Cowes to Cowes at low tide. This poor man looked very fed up digging about in the mud and collecting little things in his bucket. At least the weather had picked up for him, as half an hour earlier he was squelching about in the rain.
We had a little cycle around today, but we were keen to avoid getting soaked again so made it back before the storm.
Don't ask what the giant snake was doing wrapped around the tree trunk. We found it on a cycle path near Matalan and there was no explanation.
Amazing what you come across unexpectedly.