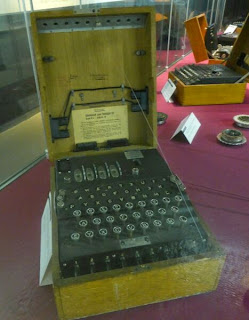 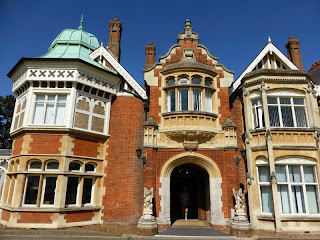 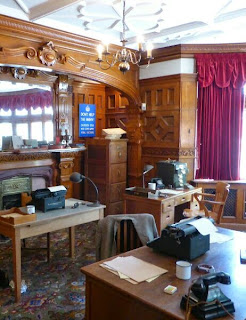 'Don't help the enemy!  Careless talk may give away vital secrets.'
Secrecy was the key at Bletchley and at its peak during World War 2, 10,000 people were working there. They decoded all of the enemies secret communications, then shut down after the war, and non of them spoke a word about it for decades.
We visited Bletchley Park last November and enjoyed it, but there was a lot of building work going on, and not too much to see.
This time was totally different and the whole place was open, and full of things to see and learn about. The 1940's have been recreated and it just looks as if the workers have stepped outside for a few minutes, and then we went in and had a good nosey around.
Also, saw a few of the original Enigma machines and saw some amazing examples of how complicated it was to break their codes.